Sepsis is one of the world’s biggest killers, responsible for 1 in 5 of all deaths. It’s more common than heart attacks and every year in the UK sepsis affects 245,000 people, claiming 48,000 lives – more than bowel, breast and prostate cancer combined. But many people have never heard of it, and, since sepsis is often treatable if caught quickly, raising awareness of the symptoms is key. By partnering with The UK Sepsis Trust, we can help fight this life-threatening condition, stop preventable deaths and support those affected by sepsis.

The Foundation has worked with the UK Sepsis Trust to create two campaigns - ‘Schools against Sepsis’ and the 'Sepsis Savvy' campaign.

“I am incredibly proud of the work that IFCF has done in raising awareness of sepsis, particularly through our messaging on milk cartons and our support for the Schools against Sepsis education campaign. Having experienced the devastating impact of sepsis within my own family, I know just how important this work is, and I am convinced that our support for the UK Sepsis Trust will have a direct impact in saving lives. There can surely be no more humbling yet fulfilling reason for supporting any charity.”

We have educated all of Iceland’s 28,000 colleagues about the signs and symptoms of sepsis by issuing everyone with pocket sized reminder leaflets.
By raising awareness of sepsis symptoms on the side of 90 million milk cartons across the UK we hope to share the message and save lives.
We've partnered with The UK Sepsis Trust so we can help fight this life-threatening condition, stop preventable deaths and support those affected by sepsis.

“The sepsis awareness lesson has been a huge success at St James. The children were engaged throughout and the whole class thoroughly enjoyed it, with lots of them asking if they could have more lessons on the subject!  They made posters about the symptoms to look out for and wanted to talk about it to other children in school. Raising awareness about sepsis and its symptoms amongst our pupils and their families could save a life by leading to early identification and treatment.”

“Sepsis strikes indiscriminately, affecting the young and old and the previously fit and healthy. It’s not enough for healthcare professionals to know about sepsis, we want everyone to be able to recognise the signs, including children, who are even more vulnerable.”

“When it comes to saving lives from sepsis we know awareness is key. That’s why we’re delighted to have been involved with Sepsis Savvy from the start and, of course, to be one of the first organisations to sign up. The short film and game make it easy for us to educate our colleagues about sepsis and the signs to look out for and, crucially, it’s free and really easy to implement. We’re encouraging other like-minded companies to get involved too – if we all play our part, we can save even more lives.”

Tarsem Dhaliwal
CEO of Iceland Foods and Trustee of IFCF 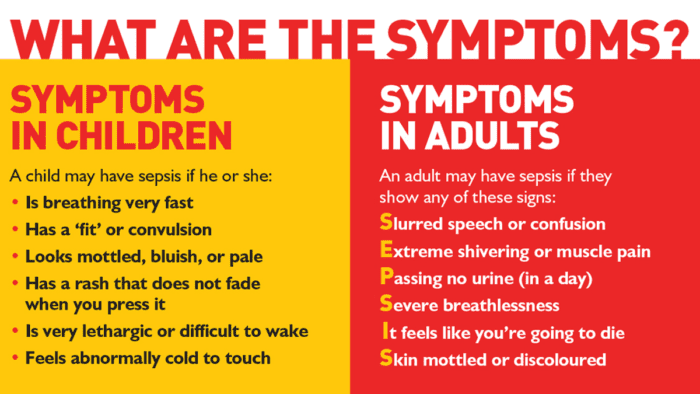 ‘Sepsis Savvy’ encourages businesses to raise awareness among their staff of the deadly condition which last year claimed at least 48,000 lives in the UK – more than breast, bowel and prostate cancers combined.

Sepsis occurs when the immune system overreacts to an infection. Globally it claims 11 million lives a year, yet with early diagnosis it can often be treated quickly and easily. Unfortunately, sepsis can often be missed as there is no one sign, and symptoms can present differently amongst adults and children. That’s why the charity is encouraging organisations to empower their staff and customers to become sepsis savvy, so they can be alert and understand the importance of asking: ‘could it be sepsis?’

The free Sepsis Savvy resources, including a short educational video and a simple online game, are available by signing up here.

Crafted in Liverpool by Kaleidoscope